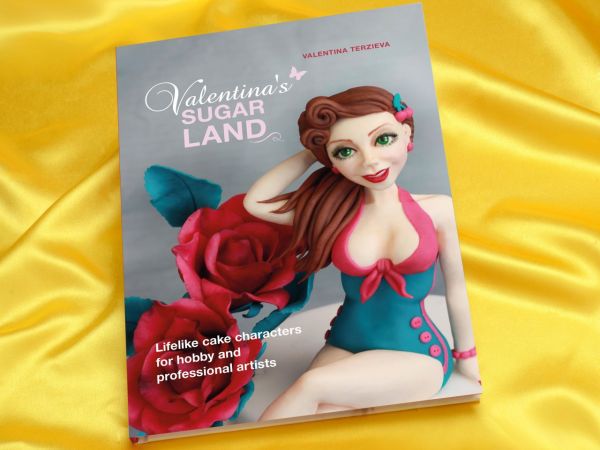 About the author Valentina Terzieva:

The idea when Valentina started cake decorating in February 2011 was to balance out the stress of exams. However, as soon as she had finished her first cake, Valentina became lost in this wonderful land of sweets, her Sugarland.

So many varieties, so much magic  Valentina was fascinated by all the possibilities sugar artwork offers.

From the beginning the art of modelling with sugarpaste found its way to her heart. She was amazed how easily you can change a small piece of sugarpaste into a tiny person.

Having spent 17 years in Germany, Valentina moved back to her homeland of Bulgaria in the summer of 2016. From there her teaching takes her all over Europe.

Since January 2013 she had the opportunity to hold many courses in Germany, Austria, Switzerland and Bulgaria. As a teacher she loves to watch her students learning during the courses and improving later on.

Valentinas special subject is modelling human figurines with realistic faces. In this discipline she has been awarded many prizes and medals - she won five gold medals and was twice awarded Best of Class at CAKE International in Birmingham, UK, also winning three silver and three bronze medals.

She is a member of the German team judging competitions in Germany, Austria and Switzerland. Valentina likes to share her knowledge by writing tutorials for magazines in Germany, UK, Spain and France.

She even makes the video tutorials for the English online academy Paul Bradford Sugarcraft School.